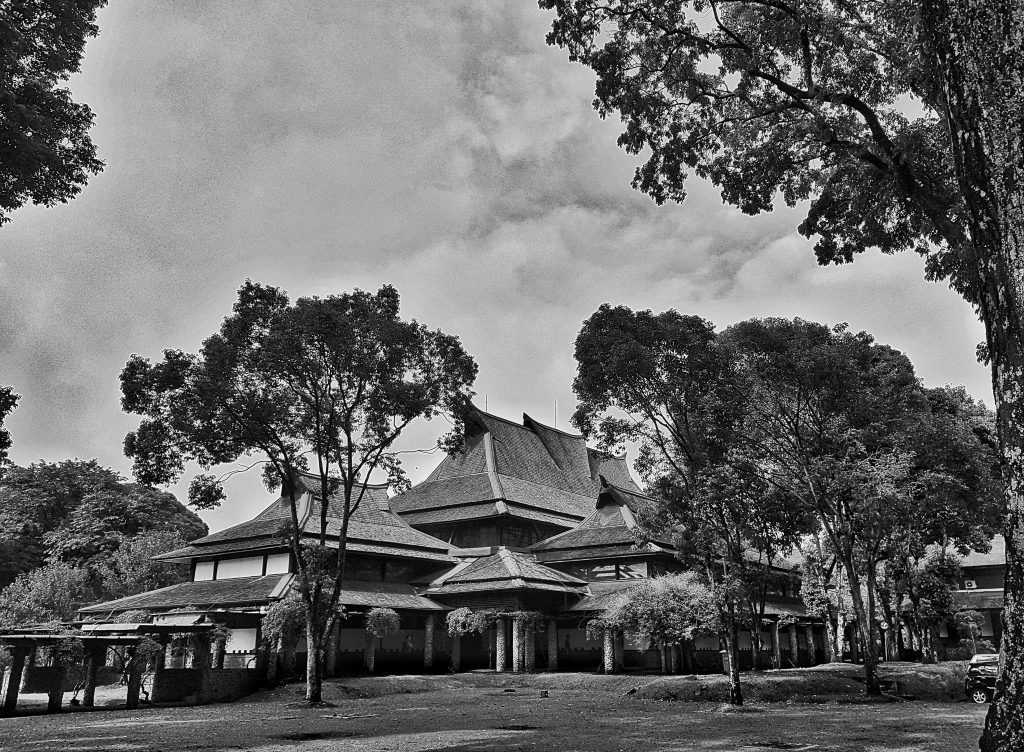 Mathematics at Institut Teknologi Bandung was established in 1948, as a part of the Faculteit van Exacte Wetenschap of the Technische Hogeschool (TH). The Faculty has undergone a few changes: it was renamed Faculteit the Wiskunde en Natuur Wetenschap, then Fakultas Ilmu Pasti dan Alam (FIPIA) as a part of the Universitas Indonesia, and eventually Fakultas Matematika dan Pengetahuan Alam (FMIPA) that was integrated to the Institut Teknologi Bandung in 1959.

Mathematics ITB’s early mission was simply to provide training for candidates of mathematics teachers. As it grew, the mission also expanded. The master program was started in 1979 as one of the first three graduate programs within the Institut Teknologi Bandung, and the first of its kind in Indonesia. The doctoral program was followed to be initiated in 1997 and until today remains as one of the two mathematics doctoral programs in Indonesia.

In line with its early mission, Mathematics ITB has been committed to the development of mathematics teachers in Indonesia through various programs such as training, internship, and workshop. This effort was formalized in 2009 by opening the Master Program in Mathematics for Teaching.

Currently, Mathematics ITB has 71 academic staff and student body of 705 in 6 degree programs. However, the students throughout Institut Teknologi Bandung, who take various mathematics courses offered by Mathematics ITB, numbered around 8,500 annually.

Institut Teknologi Bandung was founded on March 2, 1959. As Indonesia’s oldest science and engineering institution of high learning, ITB plays a significant role in developing civilization and culture, both at home and abroad, through its vision as being an outstanding, distinguished, independent, and internationally recognized university that leads changes toward welfare improvement of the Indonesian nation and the world. The dynamics of the institution is driven by its mission: to innovate, share, and apply science, technology, art and humanity and to produce excellent human resources for better Indonesia and the world.

As a part of ITB, Facultas Matematika dan Ilmu Pengetahuan Alam (FMIPA) has in line vision and mission. The vision of FMIPA is to become a leading faculty, pioneering the advancement of mathematics and sciences, and contributing to the national prosperity. Its missions are:

In line with the vision and mission of ITB and FMIPA, the objectives of the Undergraduate Program in Mathematics (UPM) is to yield graduates who are able to develop their mathematical power and potential, to expand their mathematical interests; to manifest their leadership and innovativeness in mathematics or related fields; and to acquire good attitude and characteristics needed for advanced studies or career advancement.

The objectives of the Master Program in Mathematics (MPM) is a continuation of those of the UPM, which is to yield graduates who are able to develop their mathematical power and potential; to expand their mathematical interests; to develop mathematics or to solve mathematical related problems in other fields; and to acquire good attitude and characteristics needed for advanced studies or career advancement in various professions which need maturity in mathematics. This objective highlight the position of MPM as an intermediate program between UPM and the Doctoral Program in Mathematics (DPM).

The DPM, as the highest level of degree in mathematics, has objectives to yield graduates who own high mathematical power and are prepared to develop mathematics or to solve mathematical related problems in other fields; are able to lead their research groups and build network to expand their expertise; and acquire good attitude and characteristics as role models and pioneer in developing civil society.

The Undergraduate Program in Actuarial Science (UPAS) has an objective to progress in their careers by applying the principle of actuarial science and obtaining recognition as an Actuary . The UPAS alumni are expected to have sufficient knowledge and insight in the field of mathematics with relatively deep understanding in the field of mathematics relating to actuarial and finance, and applying it to solving problems.

The Master Program in Actuarial Science (MPAS) has an objective to yield graduates who are not only knowledgeable in actuarial sciences but also in other fields where mathematics is applicable. The MPAS alumni are expected to be able to interact with experts from other fields and cooperate in solving problems.

The objective of the Master Program in Mathematics for Teaching (MPMT) is to develop graduates’ professionalism as mathematics teachers, which is achieved by developing their mathematical competence.